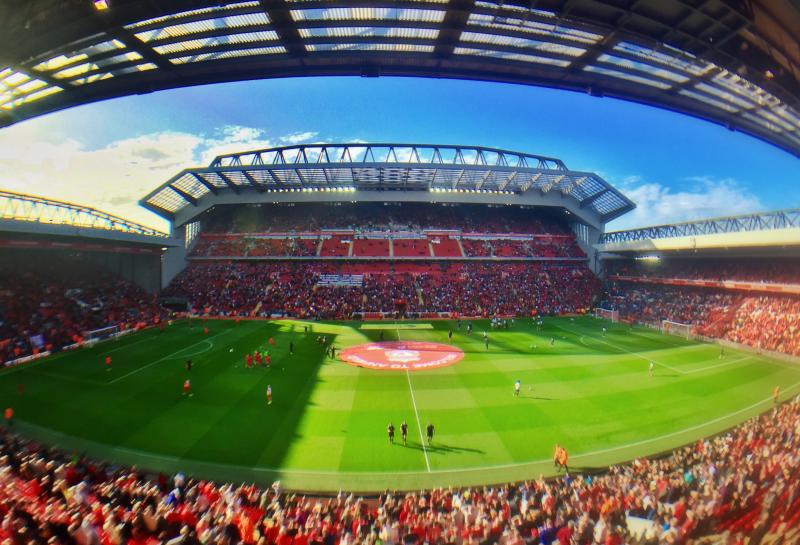 Liverpool and Everton meet again in the Merseyside Derby for Premier League matchday 34 at Anfield Stadium this Sunday. The game will be streamed live on Sky Sports Premier League K.O 16.30 BST

If you are outside of the UK and want to stream the game without getting blocked you can sign up to the Sky ‘NOW’ App and use our UK VPN to watch the match live. Just get our StreamVPN Pro App from your App Store and subscribe from as little as £3.99 per month, connect our VPN, which will run in the background, enabling you to use your £9.99 Sky ‘NOW’ Day Pass from abroad.

Our Subscriptions will allow you to dip in and out of Sky ‘NOW’ as and when you choose, with movies, reality, box sets and sport all available for streaming on a Day Pass basis. No contract required !

The Reds need a win to keep the pressure on City, while The Toffees are desperately fighting to avoid relegation. This is one of the biggest games for Everton in the past decade. With much more than just bragging rights at stake.

Liverpool are second in the Premier League table with 76 points, one place behind the league leaders Manchester City. Liverpool have won 19 of the last 21 games in all competitions. Inter Milan are  the only team to beat them in 2The Reds are buoyant after a huge 4-0 win against Manchester United in the North West Derby. Jurgen Klopp's side won the last Merseyside Derby 4-1, on December 1

Everton are 17th in the Premier League table with just 29 points, hovering four points above the relegation zone. Frank Lampard’s men played out a dramatic 1-1 draw against Leicester in their last game, where Richarlison scored a last gasp equalizer 2 minutes into stoppage time. Now two games in a row without defeat, after 1-0 against Manchester United and the Leicester draw, Everton have some reason to be hopeful of a result on Sunday.Everton did win the last Merseyside Derby played at Anfield 2-0 win where Richarlison and Sigurdsson scored the goals.Everton fans won’t need reminding that they have been a top-flight side since 1954.

Liverpool have lost just one of their last 22 Premier League games against Everton (W9 D12), though the Everton win did come in this exact fixture last season.

That Everton win last season, ended a 20-game winless away run against Liverpool in the Premier League (D9 L11). They’ve not won consecutive league visits to Anfield since February 1986. Liverpool are looking to complete the league double over Everton for just the second time in the past 10 seasons, previously doing so in 2016-17.

Everton’s 2-0 win against Liverpool at Anfield last season was the first time they’d kept a clean sheet in eight away league games against the Reds. They last kept consecutive away clean sheets against their local rivals in January 2004.

Surprisingly no Premier League fixture has finished as a draw more often than Everton v Liverpool (24), while the Merseyside derby has seen the most red cards (22) and most 90th minute winners (5) in the competition’s history.

After winning 14 consecutive home league games on Sundays between November 2018 and December 2020, Liverpool have won just two of their last seven at Anfield on Sundays (D3 L2).

Everton have won fewer away points than any other side in the Premier League this season, while Liverpool have won the most home points so far this term. Five of Everton’s six points on the road this term came in their opening four away games (W1 D2 L1).

Everton have lost 10 of their last 11 Premier League away games (D1), including each of the last six in a row. It’s their longest run of consecutive away defeats since a run of eight between April and October 1994.

Mohamed Salah scored twice in Liverpool’s 4-1 win against Everton in the reverse fixture this season. The last Liverpool player to score 2+ goals in both league meetings with the Toffees in a single campaign was Dick Forshaw in 1925-26 (3 at home, 2 away).