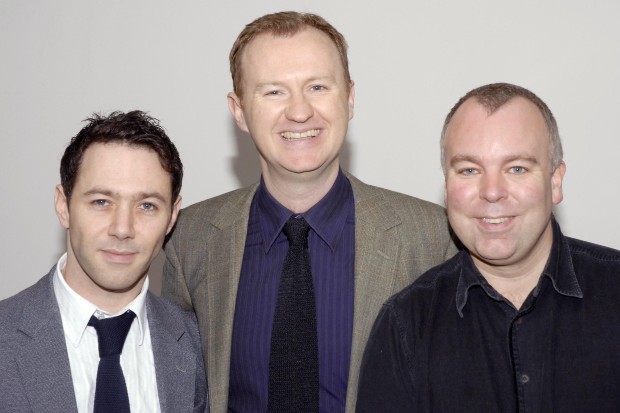 Two great programmes are available to stream this week on  BBC Two via iPlayer.

So if you are abroad and are blocked from streaming UK content, all you need to do is sign up for a StreamVPN subscription, from as little as £3.99 er month !

Our first recommendation is" Inside No. 9" (series 7)

Reece Shearsmith and Steve Pemberton were the genius duo behind The League of Gentlemen ,one of the darkest and funniest programmes on British TV in recent decades,

Inside No. 9 is a slightly different kind of show. Each episode is themed around the number 9, where all manner of topics, taboos, and unnerving characters are likely to lurk. Be prepared for some last minute reveals and some very awkward moments !

The first episode in this seventh series, Merrily, Merrily, sees Shearsmith and Pemberton reunite with their League of Gentleman writer/actor Mark Gatiss. The story follows a university reunion at a remote lake, where they take out a pedalo. But as they peddle, old demons from their past catch up to them. Diane Morgan also stars

Off the back of of the #MeToo movement, both the film and television industries went through a long soul searching excercise. The culture of harassment, abuse and assault of women by men in positions of power showed that something was rotten with the entire system.

The new awareness around gender politics prompted award winning comedy star Steve Coogan and writer/actor Sarah Solemini to write their new sitcom Chivalry. Some would see this as either a brave or foolhardy project, but the finished item genuinely helps to reset the old attitudes.

Womanising producer Cameron (Coogan) is having issues with his latest film: it doesn’t pass the #MeToo test, and so reshoots are needed. Enter the indie filmmaker Bobby (Solemini), who aims to adapt the film to the current climate. In doing so, she clashes with Cameron’s expired sensibilities. Sienna Miller and Aisling Bea also star.

Channel 4 via ALL4 App