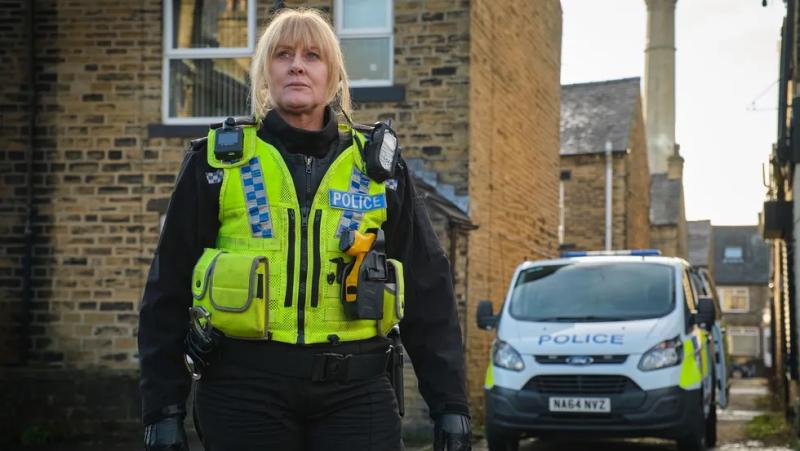 Here at StreamVPN we are dedicated to streaming your favourite UK TV abroad, so you can stream the very best UK sport, comedy, drama and soaps from wherever you are in the world.

Whether you are a seasoned traveller, on a weekend break or enjoying a two week vacation in the sun, we will always strive to keep you connected to home.

Here are some of our top BBC Drama recommendations, all coming up in 2022, that you can watch without getting blocked from abroad.

We now have an on air date for the brilliant adaptation of Sally Rooney's debut novel, Conversation with Friends, which start on BBC Three on Sunday, 15 May.

The BBC have also released an official trailer, so keep an eye out for that one.

The steamy new BBC drama created by the masterminds behind Normal People are back for the new adaptation, which stars Jemima Kirke (Sex Education) who will take the role of Melissa, and Joe Alwyn (The Favourite) who plays Nick. The cast top draw cast also includes Alison Oliver as Frances and American Honey star Sasha Lane as Bobbi.

Set in Dublin, it follows four main characters Frances, Bobbi, Nick and Melissat, exploring the nuances and complexities of relationships, when their lives and loves become intertwined with sometimes devastating results.

The series runs for 12 half-hour episodes, a running time that we find super convenient, and will all be available to watch on BBC iPlayer from Sunday, 15 May.

Jamie Dornan ia back as 'The Man' in BBC One and HBO's beautifully dark comedy thriller The Tourist for a second season, created by “The Missing” writers Jack and Harry Williams.

Set in Australia we followed Dornan's enigmatic character as he slowly regained his memory after a head injury from a car accident where he appeared to suffer from amnesia. Along the way he met officer Helen Chambers, played by the real star of the show in our opinion, Danielle Macdonald, and a waitress named Luci, (Line of Duty's Shalom Brune-Franklin)

The first series after just 30 day had 12 million viewers that's twice as many as the largest show on Netflix, “Stay Close”.

The power that the BBC has to reach millions of people, including those using StreamVPN abroad, is still very impressive.

DI Jack Caffery is a young man searching for himself. He is obsessed with the neighbour he believes murdered his ten year-old brother back in the 1990’s, Jack finds himself trying to right the wrongs of others, but at what cost ?

The BBC press release states, “In an isolated house in Monmouthshire, the wealthy Anchor-Ferrers family find themselves the victims of a psychopath’s cruel games, trapped and terrorised. When the two narratives collide, it’s a thrilling, nail-biting and deeply disturbing race against time.” Which sound like we all might be checking under the bed after watching !

When Catherine discovers the remains of a gangland murder victim in a drained reservoir it sparks a chain of events that unwittingly leads her straight back to Tommy Lee Royce.

Her grandson Ryan is now sixteen and still living with Catherine, but he has ideas of his own about what kind of relationship he wants to have with the man Catherine refuses to acknowledge as his father. Still battling the seemingly never-ending problem of drugs in the valley and those who supply them, Catherine is on the cusp of retirement.

The actor James Norton added: "To take on Tommy one final time is a wonderful and daunting privilege, and something I’ve been looking forward to since we wrapped the last series, 6 years ago. I’m so excited to be working with the insanely talented Sally and Sarah again. Thinking we should all go on one last barge holiday, for old times' sake."

Amit Shah (The Other One, The Long Call), Mark Stanley (The Girl Before, White House Farm) and Mollie Winnard (All Creatures Great and Small, Four Lives) join the cast for series three, and will play pivotal roles in Happy Valley’s final chapter.